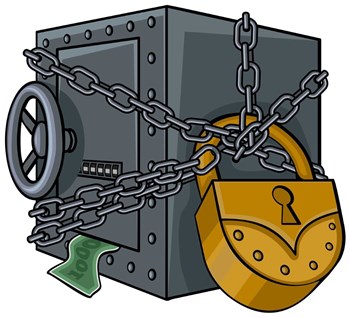 When electing board members to serve on behalf of your community, you expect them to be on their best behavior and think of the needs of the building and the people who live there when making their decisions. Regardless of the type of community they serve, board members have a responsibility to govern and make decisions on behalf of that community—often referred to as the board's “fiduciary duty.”

Decisions made on behalf of their fellow residents must be made in good faith, with the best interests of the community firmly in mind, and violating this duty can lead to legal consequences for boards and individual board members who stray. Unfortunately, some people do stray—and this is why there is an entire area of the legal field devoted to breach of fiduciary duty.

Under Illinois law, a fiduciary relationship exists where there is special confidence in one’s party who is then bound to act in good faith with regard to the interest of the other party, explained Gabriella Comstock, an attorney with the law firm of Keough & Moody, PC in Naperville. “Each member of the board owes a duty to all the members of the association to act in the best interest of the association at all times.”

Therefore, she said, when making a decision, the board members should always make a decision that is deemed in the best interest of all of its members—and of all of its residents. More specifically, Section 18.4 of the Illinois Condominium Property Act sets out the powers and the duties of a condominium board of managers, and it provides that: “In the performance of their duties, the officers and members of the board . . . shall exercise the care required of a fiduciary of the unit owners.”

Failure to do so results in liability for the board and its individual members, says Kelly Elmore, an attorney and principal with the law firm of Kovitz Shifrin Nesbit in Chicago.

There are many examples of how a board member or members can breach their fiduciary duty.

“Let’s say the husband of a board member is an accountant, and the condo association needs an accountant to do the tax stuff—and she gives all the business to her husband and her decision is not based on business considerations like the best price or the best service. But someone else provides the best service,” says Mark Silverman, an attorney and principal at Mark Silverman Law Office Ltd. in Chicago. “It obviously is not in the interest of the whole condo association.”

Disclosing information to non-board members when such information is intended for the board only, such as violations or litigation matters, is also considered to be a breach. So is acting unilaterally, or when the board is making decisions not based on what the association needs but instead on what a select few members need, is another big violation. “A breach of fiduciary duty typically exists not because the board made a mistake but because the board did not act in a diligent manner, i.e. seeking the advice of experts and following the law and/ or the association’s governing documents,” Comstock says.

While fiduciary duty is incredibly important, Comstock adds that there are no Illinois governmental agencies nor are there any national agencies that monitor or enforce a residential board’s adherence to its fiduciary duty to shareholders or owners. “Instead, like other corporations, when a member of the board or the board breaches its duty, the members of the association may have the ability to pursue a cause of action against the board member(s) for breach of the fiduciary duty,” she says.

What’s tricky about fiduciary duty is that there isn’t an actual penalty when it’s breached, unlike other violations such as the landlord/tenant violations, says Silverman.

“Those are laid out, but here, there aren’t automatic penalties—but you could become personally liable to damages to the condo association if you’re acting in your capacity as a board member,” he says. “Once you start breaching your duty, you could be held liable personally.” Even if you are right in court, your lawyer fees are out of your own pocket, he explains.

Before taking legal action, however, Elmore says the board or the resident must determine if there is a breach in fiduciary duty. The duties are set forth under state and local laws including the Illinois Condominium Property Act and the Common Interest Community Association Act, as well as federal and state fair housing laws.

In addition, says Elmore, board members can often avoid making decisions that may be deemed a breach of fiduciary duty by relying on their legal counsel—as well as other professionals such as their accountants and property managers. “In general, board members must inform themselves of material facts necessary for them to properly exercise their business judgment.”

“The purpose of the business judgment rule is to protect directors from liability for honest mistakes in judgment,” Elmore says. “When the board properly exercises its business judgment, the court will not find the board’s interpretation a breach of fiduciary duty.”

Generally, though, absent evidence of bad faith, fraud, illegality or gross overreaching, courts will not interfere with the exercise of business judgment by corporate directors. But the business judgment rule won’t protect directors who fail to use due care, Elmore says.

In the case of Davis v. Dyson, which took place in 2008, condo owners sued their association and directors for breach of fiduciary duty over a loss resulting from embezzlement of funds from the association.

“In this case, the board was found liable for failing to purchase the proper insurance to protect the association’s funds, failed to review the association’s monthly bank statements which would have revealed the embezzlement and failed to obtain the advice of counsel to learn about their duties as to insurance coverage, association finances or personnel supervision,” Elmore says.

This was a clear case of breach of fiduciary duty, she notes.

In Carney v. Donley, the plaintiff sued the board of directors, alleging the board had breached its fiduciary duty to him by approving extensions to balconies of three of the condo units which damaged the common elements. The plaintiff alleged that the board knowingly acted contrary to the declaration.

In this case, the court applied the Business Judgment Rule to the board’s decision, in part based on the fact that the board obtained advice of counsel in making the decision—and the board prevailed, Elmore says.

In Goldberg v. Astor Plaza Condominium Association, the plaintiff sued the board and the individual directors for breach of fiduciary duty for refusing to pay for repairs to her unit based on their interpretation of the declaration.

“In upholding the board’s denial of the plaintiff’s claim, the court noted the board sought and relied on legal advice in concluding that the board did not have authority to pay for those repairs,” Elmore says.

Most recently, a court decision that’s creating a stir in the community association area is Palm v. 2800 Lakeshore Drive Condominium Association.In this case, the plaintiff filed an action against his board for assorted violations of the association’s declaration and bylaws—and also filed a claim for bread of fiduciary duty against the directors, Elmore says.

The court decided that the board breached their fiduciary duty by failing to strictly comply with the requirements of the declaration in addition to the condo property act in its handling of association finances.

“Specifically, the court found the defendants failed to itemize reserves in the budget, failed to credit unit owners with surpluses—as required by the declaration—commingled operating and reserve expenses, and allowed funds to be deposited in bank accounts in excess of the FDIC insured limit,” Elmore says.

So while it may be an honor to be elected as a board member, one has to remember to be honorable while serving in such a capacity, and to not take advantage of the power he or she wields. The situation can get messy and ugly quickly.