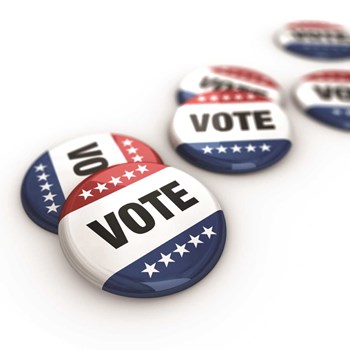 The annual election is probably the biggest event in the administrative life of the condominium, homeowners or cooperative community. For board members and residents alike, it's their most important performance.

The board members elected that night will be responsible for overseeing the financial stability of the association and the proper maintenance of the property. The resolutions and rules they pass and the attitude with which they serve their fellow residents greatly influence the tenor and feel of life within the community.

Recognizing the significance of board elections and their potential for causing confusion and contentiousness, the Illinois state legislature has laid out a comprehensive, detailed protocol for elections in the Illinois Condominium Property Act. The ICPA allows the condominium association some latitude in setting election procedures, but it makes the limits on their discretionary power very specific and clear. And whenever there is a conflict between the association’s declaration or bylaws and the Condominium Act, the act prevails.

Homeowners associations, usually comprised of townhouses and single-family homes, are governed by the Common Interest Community Associations Act of 2010, which is similar to the Condo Act but specifically tailored for HOA’s.

Because they are so sparse in Illinois, “co-ops are a little bit of a different animal,” according to attorney David Hartwell, managing partner of the Chicago-based community association law firm of Penland & Hartwell, LLC. “Co-ops are typically governed by the Illinois Not for Profit Corporation Act, which really only addresses corporate formality.”

The Not for Profit Corporation Act touches on rules for co-ops, but with few exceptions it leaves it up to them to draw up their bylaws and govern themselves accordingly. Most co-ops model their bylaws after typical condominium declarations and operate smoothly, but without the Condo Act to look to as a definitive source, settling disputes can get messy.

The Attorney General’s office is charged with enforcing the Not for Profit Corporation Act, but with co-ops in practice they usually just issue a memorandum opinion and send the parties back to the table to hash it out.

Indeed, says Hartwell, “because there really isn't a body of law in Illinois about co-ops, oftentimes when significant issues arise, we look to New York law for direction.”

In the end, despite the different set of rules by which co-ops are run, in practice elections in condos, homeowners associations and co-ops follow the same script. An election is sort of like a drama in five acts.

Act One: the Setup

Associations must hold a general meeting which includes an election every year within 30 days of a time set in their declaration. The board must deliver a notice of the date, time and place of the meeting at least 10 and no more than 30 days in advance. The notice has to be displayed in common areas of the development and delivered to individual owners—“by snail mail,” according to Bob Berman, president of Desirable Dwellings, a management company in Palatine, Illinois. Although, he adds, in some cases, “with advanced agreement they can be accepted by the homeowners by e-mail. But the management has to have that in writing.”

Associations usually send out the notice early and include a nomination form—an invitation to run for the board, along with a deadline for submitting the form. In the buildings he manages, says Brooks Harding, vice president of Chicago-based Private Holding Group, a real estate management company, “When we get past that deadline, we send out a second mailing with a reminder of when the meeting will be as well as a proxy. On the proxy it will have names of the unit owners, who have submitted a nomination form,” including any board members running for a new term.

The proxy also includes a space for writing in candidates who enter the race after the deadline. Unit owners who will not attend the meeting can specify the candidates they want to vote for on the proxy or leave the choice to the proxy holder. The proxy is not a ballot but is exchanged for a ballot at the annual meeting.

Any sort of document can serve as a proxy, including a handwritten letter, as long as it designates the proxy holder, states the unit number and the percentage of ownership or number of shares, and indicates the owner’s voting preferences. But, warns Hartwell, “Proxies can be invalidated at the last minute if they don't have those points”—and the board is not required to issue the guidelines for a proper proxy in advance.

In the rare instance a board refuses to hold an election for some reason, “Really the only remedy at that point is the court order,” says Hartwell. But he’s never seen it get to that stage, he reports. “We have seen some boards that have refused to hold elections but then after some give-and-take and some of the lawyers writing letters, it typically happens.”

Association bylaws set forth the number of people who sit on the board — it’s normally five or seven—and how long their terms will be, typically two years. The Condo Act requires that their terms be staggered so that at least one-third of the members have their terms expire every year, so there are always at least one or two spots to fill at the election.

All unit owners—title holders only, not their spouses—are allowed to serve on the board without regard to any “good standing” requirements, such as up-to-date assessment payments or misconduct. If a unit has multiple owners, just one of them can serve.

Owners often see the same old faces on the ballot year after year.

“You get boards that become heavily entrenched for lots of different reasons,” explains Hartwell. “The owners or shareholders might perceive that the administration is doing a good job and there is no need to fix something that is not broken.” Or, perhaps more likely, he says, “there is a lack of volunteerism within the building. There is just a lot of apathy in these large buildings.”

While the Condo Act forbids board members to endorse one another, or anyone on the ticket for that matter, unless the board is rife with scandal, sitting directors have a huge advantage. “It is always hard to unseat the incumbent,” says Hartwell. “Once people get on the board they become somewhat more savvy about how to manage an election, how to garner votes.”

The key is showing up to the election with a ton of proxies. “We've seen where board members are active in collecting proxies from fellow homeowners,” says Harding. And with proxies valid for 11 months, they have plenty of time to campaign. “Sometimes that's the difference between getting on the board and not getting on the board.”

Berman is concerned that “Elections are pretty much determined by the proxies and all the politics.” In his experience, he concludes, “A fair election is an illusion.”

From time to time a hot issue does stir a community to vote out board members. “Typically the things that draw the most contention these days,” observes Hartwell, “are boards that are either attempting to adopt leasing restrictions or boards that are attempting to pass through significantly large special assessments.”

The board can be unseated on seemingly slight issues as well. “I had an issue came up with the name of the association,” recalls Hartwell. “There was a movement amongst a significant number of owners to change the name of it, believing the new name might have greater cachet than the old. And sure enough, it resulted in a wholesale change in the board. And this is an issue that was raised just two weeks prior to the election.”

The best chance a non-member has to get on the board is to announce the candidacy well in advance of the election. “Most buildings allow people to be nominated even the night of the meeting,” says Harding, “but the advantage to filling out the nomination form prior to the meeting is that your name is on the proxy form.”

The association’s bylaws declare the number of unit owners that need to show up at the meeting to validate an election. In condominiums of 20 units or more, the quorum is 20 percent or more. Smaller buildings and homeowners associations declare the quorum in their governing documents.

At the annual meeting, before the voting begins, candidates are invited to introduce themselves and say something about what they offer the community. But often, says Berman, “By then virtually everyone has decided by proxy.”

After the speeches and before the other business scheduled for the annual meeting begins, the ballots are cast. Proxy holders fill in a ballot for each of their proxies, attaching the proxy to the ballot. If a unit owner gave a proxy to someone prior to the meeting and they decide to show up and vote in person, the proxy is voided.

Votes can be entered in either of two ways, as determined in the association’s bylaws: cumulatively, allowing the unit owner to throw their entire percentage to one or any number of candidates, or straight, entering one vote for each of the five or seven people they want to see on the board.

After the voting is done, the counting begins and in most buildings can be completed before the meeting is adjourned or by the next day at least. The counting is typically facilitated by someone from the building’s management or accounting firm sitting with a spreadsheet on their laptop containing the names of every owner or shareholder and their percentage of ownership. The counting is audited by volunteer unit owners.

In a particularly contentious election, the association might have their attorney present, and special attention is given to the proxies and ballots to determine their validity. In very large buildings, an independent accountant or election inspection firm might be brought in.

Once the results are in, the sitting board president announces the members of the new board. The ballots and proxies must be kept by the association for a year and any owner has the right to review them during that time.

What if a unit owner or group decides they simply cannot live with the results of the election?

“There is a procedure to contest the election,” says Hartwell, “but a fairly onerous procedure and I've not seen one be successful. The procedure set forth in the Illinois Condominium Property Act is difficult, and typically they just don't meet the standards.”

The only other alternative, he explains, “is to attempt to remove a director from their position.” First, you have to get at least 20 percent of unit owners to sign a petition requesting a special meeting—not a simple matter. “It’s not that easy to get 20 percent of the people to vote for free beer and pizza, for heaven’s sake,” he observes. Then you’ve got to get a percentage of owners, at least a majority and usually two-thirds, according to the bylaws, to vote them out.

“I have seen directors removed from time to time,” says Hartwell. “It would have to be for pretty egregious acts. From the numbers standpoint it is difficult, considering the general apathy that exists in communities where people just don't get involved.”

The best solution is to wait out the board member or members’ terms and urge other owners to help you vote them out. Or better yet, run for the board yourself. n

Steve Cutler is a freelance writer and a frequent contributor to The Chicagoland Cooperator.