Do not show again [X]
By Pat Gale   2013 February Maintenance 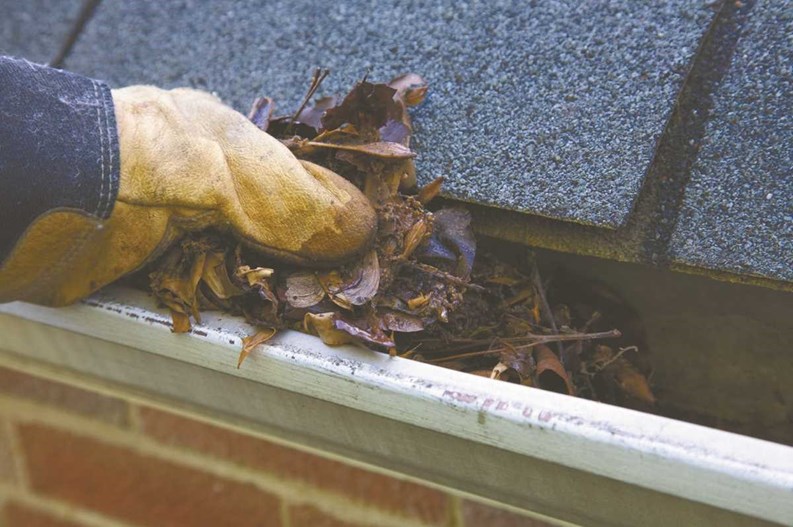 April showers may bring May flowers, but the snow and ice storms of December and  January are certain to bring a busy work schedule to Chicagoland condominium  properties.

Whether the region experiences a typical winter—with its average 38 inches of snow—or an unusually mild one, condo and co-op buildings and landscapes will suffer  effects of the season. “If we do get a lot of snow, as we have in the past, we try to be proactive and  get to the (condo) sites as soon as the weather breaks,” says Sherm Fields of Acres Group, a landscape company based in Plainfield.  Property managers and landscape contractors will be out looking for problems  ranging from plow damage to snow mold on lawns as soon as the snow melts away.

“You want to walk the property and address every concern. Turf is the thing that  gets damaged the most, especially if the weather is warmer. It’s hard to plow without doing some damage to the turf,” he says, noting that ground that hasn’t frozen hard is particularly susceptible to plow damage. “And with snow cover, you can get snow mold,” he explains. “You rake it out during the spring clean-up. It’s unsightly and it hurts the vitality of the turf grass.”

On the other side of the coin, deeper snow over the winter can be beneficial to  landscapes. “A lot of snow means a lot of water. That’s generally a good thing. And snow acts as a blanket, protecting the roots” of landscape plantings, Fields said. “In a year like this, with light snow and warm weather, we’re going to have different problems.” The Chicago area is already in a drought situation, leading to damage to trees  in particular, he adds. “If we don’t have a lot of snow this year, and a good amount of moisture in the spring, it’s going to be an issue.”

The National Weather Service, he says, has figured that it would take more than  90 inches of snow this winter to get the region back on track from the current  drought conditions. “It’s a significant problem,” he says.

“A season with no snow can be both good and bad,” Keith Hales of Chicago’s Hales Property Management agrees. While potentially leading to the types of  landscaping problems that Fields has noted, a low-snow winter can mean a  savings in the snow-removal budget, he notes. “Last year, we had plows out maybe a total of 10 times, where typically it would  be 20 or 30 times.”

A post-winter walk-through and remediation action is high on the maintenance  list for property managers, Hales says. “It’s important to send a cleanup crew out right away, with the first spring thaw,” he says. “You’ll find a lot of soot or whatever buried under the snow. The landscaped areas  might look great when everything’s white, but when the snow melts, it’s a different story.”

To avoid a number of problems, the spring cleanup should go hand in hand with a  fall cleanup. “For example, in the fall, if a building has rose bushes, you want to protect  them so the roots don’t freeze over the winter,” Hales says. Property managers will spend time on site, to see what’s needed, to prepare for the winter ahead, and to protect the value of the  landscaping.

“You develop relationships with the landscapers, and they know the properties.  All these things need to be set in place before you need them,” Hales says. “Our landscape contracts were done last year for this year.”

In some cases, the same company will be contracted to do both plowing and  landscaping—a system that Fields says has some benefits. The landscaper, he notes, will be  familiar with the property, and if damage is done by snowplows, will already be  prepared to do the repairs in the spring.

Regardless of who’s doing the seasonal jobs, Fields recommends that property managers and board  members take the time to join the contractor on a preseason tour and take  photographs of the property along the way, particularly documenting any  existing damage to avoid potential conflicts later. As winter wanes, another  tour should be taken to see what repairs must be done.

The next thing on the post-winter list, Hales suggests, is checking the roof of  every building. “You have to expect a lot of spring rain, and if there has been a freeze-thaw  cycle, you can get big gaps” in the roof surface, leading to leaks in the building below. Hales suggests a  detailed walk-through with a roofing consultant to avoid such unpleasant  surprises when winter turns to spring.

Melting snow and spring rains can also lead to other problems at this time of  year, he adds. “Some buildings don’t shed water as well as others,” and downspout systems can become clogged or damaged. Because city storm water  systems aren’t always up to the task of handling the volumes of water coming off buildings,  some condominium communities have turned to rain barrel systems to catch the  water and avoid the possibility of it backing up into the buildings. “Our job,” he says of property management professionals, “is to add value to the buildings and protect the buildings.”

Also look for snow and ice buildup on entrance canopies, which could pose a  danger to passersby with melting and refreezing issues. Also water drains onto  sidewalks below creating slippery surfaces for pedestrians.

Late winter and early spring are also busy seasons for communities with  clubhouses and pools, says Marcia Caruso, CPM, of Caruso Management Group in  Naperville. “When we close down after summer, they get winterized,” she notes, but as winter fades, they need to be prepared for the coming season.  Ice skating rinks need to be shut down, and ponds and fountains need to be  readied for spring.

“Front entrances need to be made crisp,” she says. “Owners expect high attention to details.” Turf restoration is an important part of the late-winter and early spring  maintenance routine because it’s so visible. “You can’t over-emphasize the importance of that first impression” a property makes, she notes.

While many homeowners may just begin dreaming of spring flowers when the grass  begins to green up, Caruso says that property managers already have many  landscaping issues checked off their lists before the first snow flies. “Roads and driveways need to be inspected in the early spring, so that contracts  can go out as soon as you get a break in the weather.” Waiting for spring to arrive may mean that the needed work simply doesn’t get done. “There are 5,000 community associations, and everybody is trying to secure  contractors” when spring arrives. That’s why, she adds, all the contracts for the properties she manages were signed  last fall. “We’re always working months in advance.

“You need to have your landscape contractor in place” long before winter, “and you should have ordered your plants in the fall. They should be growing them  now.” In mid-January, she notes, “we already have everything signed, sealed and ready for delivery in the spring.”

Fields notes that his landscaping company works with condominium properties to  plan their annual landscaping needs and lines up contracts for plans in the  fall. “The plants are started from seed and are grown specifically for each client,” he says. Acres Group works with a Michigan grower for the flowers, and has its  own 450-acre nursery for trees and shrubs.

While lawns may be among the first areas of the landscape that show effects from  the winter, condominium communities need to keep an eye on their trees,  especially this year. Drought conditions, Fields says, “create a tremendous amount of stress” for trees. “If you think about the value of a tree, and how many could be affected on a  property, it’s a huge expense,” he says.

To protect deciduous trees like dogwoods and other ornamentals, Fields advocates  the use of dormant oil sprays when temperatures are warm enough. “It will suffocate over-wintering insect eggs,” which is especially important in a mild winter when there’s an increased potential for insect activity. The application requires at least  two days of above-freezing temperatures, and “has to be done before the buds start to swell.”

A water shortage isn’t the only danger facing trees this year, he adds. The Emerald Ash Borer, an  invasive tree pest, is expected to ravage the landscape of many communities.  This insect has been known to destroy ash trees within a wide area. As of April  2012, there are many millions of dead standing trees in southwestern Michigan,  and in much of Ohio, Indiana, and Illinois.

“A lot of condominium properties were planted with up to a 30 percent ash tree  population,” Fields says. “With the emerald ash borer running rampant, combined with the drought, the trees  are dead or dying back severely.” Landscapers, he predicts, will be doing a lot of tree replacement—but this time, with a more diverse selection of trees. “It’s important. You don’t want to have a limited palette of plant materials. If something comes along  and wipes out the ash trees, and they’re 30 percent of your trees, it’s a problem.”