Do not show again [X]
By Rosie Powers   2011 November Maintenance 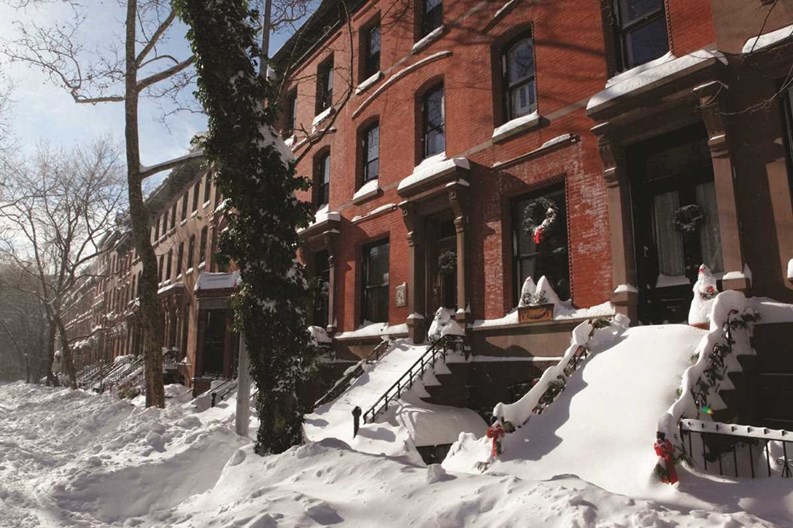 That’s right—ice and snow can be a building owner’s and management’s worst nightmare if neglected or not treated properly. The onset of winter  weather for buildings in the Windy City not only means that building owners  must pay attention to the inside of their buildings, but also their surrounding  sidewalks and parking lots.

George Markoutsas of Landscape Concepts Management in Grayslake said building  owners usually utilize their own crews during winter storms, rather than  outsourcing to a third party company. However, things like parking maintenance  and snow plowing are often outsourced to outside companies due to crew  availability.

“In urban areas like Downtown Chicago sometimes there will be a maintenance staff  to take care of the vicinity immediately surrounding the building but often  times they will not be the ones snowplowing, they will sub-contract a firm like  ours to do the that work.”

However, outsourcing portions of winter weather removal can leave a building  owner at the mercy of a third party company’s schedule. Jason Teigman of GT Dawn Brite, a janitorial office cleaning  supplier, said crews can often get backlogged in times of harsh weather.

“Most buildings use their own crews, but many outsource their landscaping or snow  removal to an outside company,” Teigman said. “However, it’s more expensive and you may not have immediate service depending on how many  clients they have—if they have ten clients, they can’t be there all at the same time.”

“Many building owners have to offer overtime hours to their crews to help with  removal, and they buy blow up beds to ensure overnight shelter for their crew  during clean-up after a storm,” he said. “They’ll even order in local food.”

Although outsourcing and investment in chemical products for snow removal can  become quite costly, Teigman said this investment can ensure less future legal  fees for building owners.

“Some buildings spend thousands on winter weather removal,” he said. “But the risk of their tenants getting hurt is a large one, and doing anything  they can saves them money in the long run for prevention against lawsuits in  the future.”

For sidewalk snow removal, calcium chloride is the most preferred option for  building owners’ crews to utilize during inclement winter weather.

“Calcium chloride is usually the preferred method of melting snow on sidewalks,” Markoutsas said. “It’s not as harsh as rock salt. Rock salt will melt faster and it’s cheaper but it chews up the sidewalk and it will irritate any animal’s paws. It’s also dirty and people will track it into a building.”

GT Dawn Brite sells a product mixture which comes in a box rather than a bag  (such as that with calcium chloride and magnesium chloride).

“The others are just loose bags, so you either have to use them or not because  they harden once you leave the bag out,” Teigman said. “This product doesn’t harden so you only have to use what you need.”

Mop-on neutralizers are also a way of removing outside dirt and salt without  damaging lobby flooring.

“We sell a product for salt removal on marble or tile floors, which can often be  scratched or even destroyed by salt tracked in by tenants,” Teigman said. “The neutralizer lifts the salt and does what a neutral clean won’t.”

Floor matting can also come in handy when trying to shield a lobby from salt and  snow.

“The first steps of dirt can be trapped in those mats, and we even include  various types of designs and logos for the mats, all while at the same time  protecting their interior,” Teigman said.

As a result of the reoccurring harsh storm weather in Chicago during the winter  months, many salt and snow removal products can become less readily available  during peak times of the year. Buildings’ high demand for these products causes a shortage in supply of chemical cleaners  and salt removers, and can cause a rise in the price of any leftover available  products.

Additionally, producers of cleaning and removal products do not want to under or  overproduce a product given the uncertainty of the amount of storms in a  season.

“People get cautious because they don’t want to overproduce, but they don’t want to under-produce either, and it’s a tough balance for local distributors,” Teigman said. “It takes a wear and tear on our trucks and storage, so we try to balance the  right inventory.”

In preparation for this shortage, Teigman said that many companies hold  pre-season sales to ensure distribution of removal and cleaning products before  the winter storms roll in.

“With preseason sales you get a better deal, and this also puts less stress on  manufacturers because they know that once a building purchases their products  ahead of time, they’re set for the season,” he said. “Companies don’t have to worry about providing anything else for them—in high storm time, salt becomes a commodity.”

Teigman also said salt distribution on a national level can often be influenced  by weather patterns. Because weather usually moves from west to east, cities  such as Denver and Chicago often use up national distributor’s products before the northeastern cities have access to them. As a result,  preseason sales allow northeastern U.S. building owners to have a leg up on the  Windy City—and winter storm season.

“Storms always hit the Midwest first, so the northeast can never really get  priority,” he said.

Addressing winter weather in a timely fashion, says Markoutsas, is the key to  keeping Mother Nature from causing a major headache for both your building  staff and your residents.

Rosie Powers is a freelance writer and a frequent contributor to The Cooperator.  Editorial Staff Writer Christy Smith-Sloman contributed to this article.