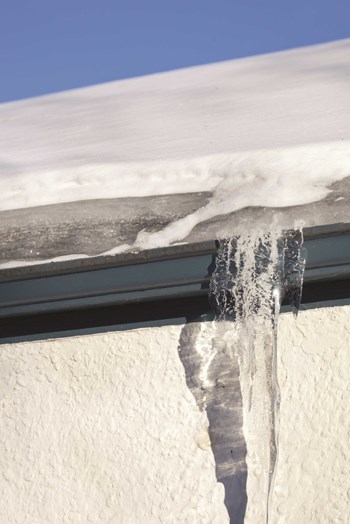 It’s a well-known fact that Chicagoans are tough. But even the bravest among us  shivers just a little bit when the first signs of winter settle over the city.  Winter and the inevitable snow and ice that accompany it take their toll not  only on the people of Chicago but on the places in which we live. From high  rises to townhouses to the community association bungalows, every home must be  protected against the onslaught of winter weather that can damage pipes, roofs,  windows and sidewalks. For the men and women whose job it is to make sure that  damage is minimalor—ideally—non-existent, preparations start early and require and ongoing vigilance.

Getting Ahead of the Curve

With the right preparation, however, winter need not wreak too much havoc. It’s all about just being ready. “Each season places different demands on a facilities system, some more so than  others,” says Patrick Kennelly, CEO of Phoenix Rising Management Group, Ltd., in  Chicago. “The (winterizing) process should be ongoing annually. Development of checklists  and operations schedules are routine management services to ensure the facility  is operating efficiently. It’s no different than taking your vehicle in for an oil change. The building  systems need to be inspected, cleaned, filters replaced, parts oiled and other  parts repaired or replaced.”

It is key not to wait until the first frosts hit before tackling winter  projects. “If management begins the process in the winter months, it is unlikely the  building will be properly positioned to operate efficiently and safely for the  residents and avoid unnecessarily high energy bills,” Kennelly says.

Kennelly also suggests getting residents in on the process through education and  ongoing conversations about the importance of winter maintenance and care. “Communication with the ownership year round is important to ensure they know to  drain private deck or balcony spigots, clear any roof drains, not use metal  shovels or spread salt on roof or deck surfaces,” he says. For some residents, the home they are living in now may be their first  so it can be helpful to let them know what should be done and when it should be  done. And for long-time residents, friendly reminders can be equally helpful.

“It is always helpful to send out and post a simple reminder to homeowners to  take care of the basics,” Kennelly adds. “By taking a few easy, proactive steps, the association can spare itself  tremendous expense and grief when the heavy weather hits.”

In recent years, a new winterizing concern has come to the fore: preparing and  caring for unoccupied homes and foreclosed properties. “You need to make sure that vacant homes are property winterized,” says Tracy Hill, president of Property Specialists Inc., in Woodridge. “If the bank hasn’t winterized it and you don’t have confirmation that it’s been taken care of, you should double check it.”

Kennelly agrees. “In this environment, it is necessary to consider any vacant units, especially  those that may be in foreclosure,” he says. “Depending on where the unit is located, we might turn off the water, empty the  toilets, put antifreeze in the plumbing and make sure the heat is properly set.  Make absolutely sure you have access to these units and someone performs a  routine inspection.”

That routine inspection can be especially valuable given how many people may be  going in and out of the unit during the winter months. “If a unit is in foreclosure, it is possible that a number of people may have  access at any time,” Kennelly says. “They can leave patio doors open or adjust the heat. This is where we have  experienced the most problems. Trying to file a claim against a vacant unit,  especially one in foreclosure, is extremely difficult. It is best to take  responsibility for the unit in order to protect the other homeowners and the  association property.”

Keeping the Ice at Bay

Surely one of the most visible and one of the most avoidable problems that face  managers and unit owners during the winter months is ice damming. “An ice dam is a ridge of ice that forms at the edge of a roof and prevents  melting snow from moving,” says Barb Wykel, owner of BT Lakeside Roofing & Exteriors in Addison. Damming can cause serious roof damage by allowing  moisture to get underneath the shingles. As the snow and ice melt and then  refreeze and repeats the process throughout the winter, water infiltrates its  way under the shingles. If little cracks form, the ice will open and close  those cracks and make them larger.

The solution, says Wykel, “is to install adequate attic ventilation.” The goal is for the attic temperature to be as close to the outside temperature  as possible so that warm air cannot reach and melt the snow covering the roof  and then have it reform as ice when the temperatures drop. “It can become a vicious cycle,” Wykel says. Adequate insulation also conserves energy and in the summer months,  helps keep temperatures lower.

Ventilation is also vitally important in preventing ice damming, helping to  reduce moisture. Ridge vents and mushroom vents both help ensure that air that  goes into the attic does not remain there and instead just circulates.

Ice and water shielding, too, will help protect a roof in the winter months. “A lot of communities require us to put an ice and water shield from the edge of  the eave to anywhere from two to six feet from that edge,” says Wykel. The material, which Wykel describes as a gooey roll, goes under the  shingles. “If you put a nail through it, the material will close around that nail,” says Wykel, which prevents moisture and leaks. It also can be placed around  chimneys for similar protection.

Ice also can wreck significant havoc on plumbing systems or heating, ventilation  and air conditioning systems in the winter months. “For more sophisticated systems such as plumbing and HVAC, you must bring in a  qualified contractor,” says Kennelly. “Have them inspect the systems, re-apply insulation, change out filters and start  up heating systems.”

It is important, too, to keep track of seemingly smaller tasks. “Ensure that routine requirements are properly scheduled such as turning off and  flushing the irrigation system and testing heat tape lines,” says Kennelly. “You would be surprised how many folks overlook turning off the irrigation  systems until after the first frost, which can be an expensive proposition.”

For Hill, in fact, he says the number one thing to do is to disconnect the  garden hoses. It may sound like an insignificant action, but with snow and ice  melts and refreezes, problems can travel along the hoses and pipes and cause  major problems. “The expanding ice can split the copper pipe and burst inside your house,” says Hill. Water and ice problems such as these can “cause a lot of damage and in these days of foreclosures, you can very easily end  up flooding an entire building.”

Fall offers a prime opportunity to prepare for snow removal, which can be an  enormous expense for buildings and associations. “Now is a good time to focus on snow removal agreements,” says Kennelly. “Update snow diagrams which include areas to clear and where to store excess  snow. Stock de-icing agents and equipment such as shovels, spreaders and  brooms.”

Hill suggests using the fall months for at least one rehearsal. “Walk through the property with the snow removal person and have them come  through for a dry run before winter, to help them figure out where the shrubs  are and where the grass is,” he says. Have the contractor place their fireplug flags and tell them how you  would like the snow removal done. Hill suggests having them start on one side  of the complex for one snowfall and then start at the other side for the next  storm, so that people do not feel they are always last. That is one small way  to keep residents happy when the snow finally flies.

As early as August, it is important to look at the budgetary bottom line and  determine when snow should be removed. “Should we do zero tolerance?” Hill says, meaning having the crews remove all snow. “Other communities will say, we only have so much money, people can walk through  two inches of snow. The board needs to decide, too, how much salt or sand to  use. Are people going to be given a bucket of ice melt at the front door of  their building or are we going to pay a snow remover to salt the stoop?” A condo building comprised mostly of young families will have different needs  than a community with older residents and retirees. It comes down to “what do people want and what do they need?” says Hill. Those are all decisions that need to be made well before the  temperatures drop.

Stay on Top of the Problem

By planning ahead and having a course of action laid out in advance, many of the  problems that winter brings can be avoided or eased. It is vital, though, to  stay on top of things. “The biggest mistake that people make is assuming someone else is taking care of  the issues,” says Kennelly. “They likely are not. Don’t assume management or association members are being as proactive as you might  be. People are busy and may not even consider taking the minimum steps until it  is too late. It is important to identify standards and communicate these  expectations to all parties early in the year so they have time to prepare.  Each building is unique but it is not difficult to spend a few minutes and put  together a simple checklist.” When the cold swoops in and the snow begins to fall, those who took the time to  prepare will be glad they did.

Liz Lent is a freelance writer and a frequent contributor to The Chicagoland  Cooperator. 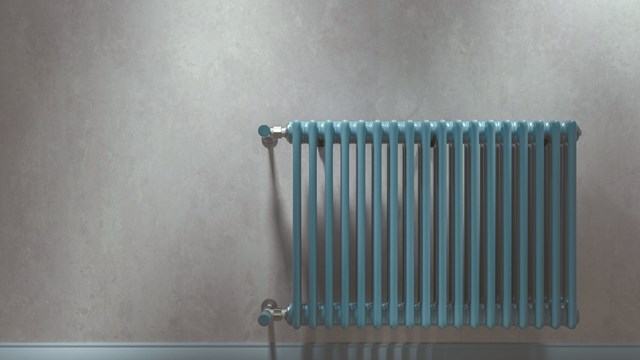