Do not show again [X]
By Danielle Braff   2015 November Management 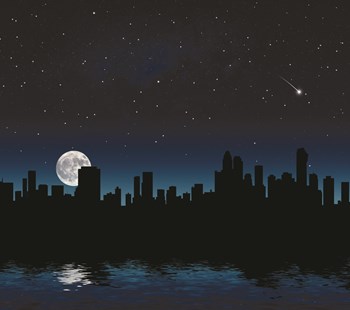 In August 2003, much of the American Northeast was plunged into darkness when the power grid serving the region failed. Through power was restored within a day or so—to much of the affected area—millions of dollars in losses and damages were incurred, and serious questions arose about the state of the power grid serving that part of the country. Fast-forward to 2012, and Superstorm Sandy struck the Northeast region again, knocking out electricity in tens of thousands of buildings and destroying homes up and down the Eastern Seaboard.

Chicago itself had its share of outage events as well: A trio of blackouts in the early 1990s, and weather-related blackouts around the area hit residents hard. While events like these may not be controllable, having a clear, well-rehearsed emergency management plan for power outages in one’s condo is something every board can—and should do.

The first thing that all buildings need to do is to train their building staff, says Hans Herrmann, executive vice president of business development at Alternative Utility Services in Chicago.

“When the power is out, it’s usually at night, and the management office is closed,” Herrmann says. For that reason, property managers' contact information needs to be available to the building staff, and there needs to be a 24-hour phone number where a management person can be reached.

In addition to that, every building person needs to know what to do in case of an emergency blackout. “Everyone should know the plans,” Herrmann says. And while condo meetings don’t tend to be well attended by the building residents as a whole, everyone who calls the building or HOA home needs to know the procedure, too. This can be explained to them when they move into the building, and can be reinforced to them via letters and postings in the mailroom. “You should know your options,” Herrmann says.

One of those options should be reporting the outage to the electrical company, so that they can start working on the repair immediately. It’s easier to do this if the board has the pertinent contact information in their phones so that they don’t need to go fishing around for this in the dark.

Most electrical companies—such as ComEd—have apps now, which allow anyone to report outages from their phones, and receive notification via their phones as soon as the outage is restored.

The second thing that all residential buildings need to do to be prepared for a possible blackout situation is to make sure that the emergency lights in the stairways work, Herrmann says.

When Herrmann lived in Chicago’s South Loop neighborhood, the power went out once, and the interior stairs were pitch-black, a condition that compounded an already hazardous situation. “We had to use flashlights in the stairway,” Herrmann says.

Which leads him to his next point. “If you live in a condo, every resident should have flashlights,” he says.And that’s not just for the stairways. Most hallways have sconces, and if the power goes out, those don’t work either. Since there aren’t usually windows in the hallways, it’s pitch dark there too.

Paul Rudewick, chief executive officer of Optimal Facility Management Solutions, LLC, an energy risk management and consulting firm, based in Chicago, suggests taking this concept one step further. He says residents should also have candles on hand in case of an extended blackout. While they do carry the risk of fire, “Candles help keep your place lit, and you can put them in low-risk areas like the bathrooms to light the interior of the condos,” he says.

In fact, according to Ready, a national PSA campaign launched in 2004 by the Department of Homeland Security and the Federal Emergency Management Agency (FEMA), and designed to educate and empower Americans to prepare for and respond to emergencies including national and man-made disasters, every home should have a box with a blackout kit.

In addition to having water, a flashlight and food, the box should contain essential medicine and items that the residents require to survive for three to five days or longer, if people can’t reach them. This kit should also include plastic containers filled with water that should be placed in the refrigerator and freezer. They should each have an inch of space inside because water expands as it freezes. The chilled or frozen water will help keep food cold, Ready suggests. Rudewick’s personal kit includes candles, a flashlight, bottled water and granola bars: Enough resources to get him through 24 hours . . . just in case.

Those with disabilities need to take this one step further. In order to figure out what should be in this basic disaster supply kit, those with physical limitations or disabilities should take an inventory of what they use daily to live independently—such as assistive technology, diabetic supplies, hearing aids, batteries and supplies for a service animal.

One of the biggest challenges with a loss of electricity is planning alternate ways to charge  communication and assistive technology devices as well as to figure out how to get heat or air-conditioning in the event of a blackout, Ready suggests.

While some buildings choose to use generators, Herrmann doesn’t recommend it for every building.“It’s fairly costly,” he says.

Rudewick agrees. He has lived in a Chicago high-rise since 2007, and he has yet to experience a blackout in that building.“You have to think about what the probability of a blackout is in Chicago,” Rudewick says. “If there hasn’t been a blackout, does it make sense for a condo building to invest upwards of $1 million or more in a blackout generator if the risk is slim?”

The answer to that question is...maybe. Especially if a building is tiny, or has a high percentage of residents who are at high risk for medical emergencies, says Charlie McCoy, manager of MPower Generators in Melrose Park. “Someone might need oxygen or be bedridden, and they would need electricity.” McCoy says that the generator is absolutely necessary for those in a nursing home, those who need their medical equipment to function, or those who have invested a lot of money into the basement floors of the units—and that’s when the money put toward the generator outweighs the money invested in the basement. “The number-one reason besides medical necessity would to operate a sump pump so they can save their finished basement. It depends on your sense of loss.”

Other losses during a blackout could come in the form of a burglary, depending on your security system. “You don’t want your security system to go down,” McCoy says, tacking on another reason why some communities might choose to invest in a generator.

Looters are always a possibility, but when massive blackouts occur, people tend to stick together and help each other out, however, Rudewick says. He lives in Chicago now, but he resided in New York on 55th Street and Broadway when the big blackout of 2003 occurred. “The city is pretty respectful and everyone comes together,” he says. “There was no chaos, no looting. It was a coordinated, respectful, ‘Let’s all work through this issue until the lights get back on.’”

His biggest issue had to do with his food. While it may have lasted a day or two in the fridge or freezer left untouched, Rudewick’s roommates had other ideas. They opened the freezer and peered inside, seeing what there was to eat. “After opening it, you let all the cold air out, and we had to toss everything from the freezer,” he says. “One thing that you may want to consider is keeping your freezer and fridge closed. It’s highly likely that your fridge and freezer are okay if you haven’t opened them.”

Food should stay frozen for 36-48 hours in a fully loaded freezer with the door closed, while a half-full freezer will keep food frozen for 24 hours. Refrigerated items such as milk, meat, fish, eggs and spoilable leftovers should be moved into a cooler surrounded by ice, according to the Edison Electric Institute.

Another surprising problem when a blackout occurs? “In some buildings, you need a key fob to get into the door, and in an outage, they might not work,” Herrmann says. So if your building is experiencing a blackout and you decide to go outside, it’s best to bring all your keys rather than just the key fob so that you can return home, even if you have to do it the old-fashioned way.

Another big access-related issue during a power outage is the elevator—especially in a high-rise.

After Hurricane Sandy battered New York and New Jersey, FEMA recommended that all high-rise buildings containing elevators and conveyance system components need to be protected sufficiently so that they can restore the elevator service as quickly as possible. They can do this by moving the elevator equipment such as the electrical controls and hydraulic pumps above the DFA. If it has to be located below, in the elevator pit, it needs to be protected using floor damage resistant components, FEMA recommended.

Another thing that residents need to remember to do is to turn off their appliances—except for a single lamp, so that they know when power has been restored, according to the Edison Electric Institute. That way, they can avoid a circuit overload and another outage that may result when power is restored to all appliances at once.

Electric companies typically make sure that power isn’t flowing through downed lines before restoring electrical service after a power outage to prevent injuries and fires, according to the Edison Electric Institute. Then, they usually repair transmission lines and distribution substations because these are the most important lines, as they carry power from generating plants to the large number of customers over wide communities.

After those lines return, the electric companies restore power to places like hospitals, police departments and fire departments.

Finally, they restore service to the remainder of the communities beginning with large apartment buildings followed by single residences and small groups of customers, according to the Edison Electric Institute.

And then, Chicagoans will live to see the light of another day.