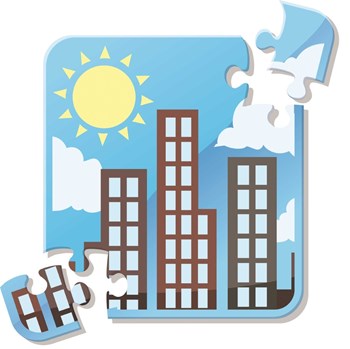 The building blocks of all homeowner’s associations are the community's respective bylaws, administrative documents and house rules. Equally important are legal documents that define critical information and other action items, such as terms of occupancy and procedures for the purchase and sale of units. If these legal documents are not expertly handled, or are outdated and vague, big problems can ensue.

“The most fundamental legal documents for a condominium/homeowners association are the declaration of condominium/declaration of covenants, the plat of survey/plat of subdivision and the articles of incorporation,” says Attorney Michael Kim, a principal with the Chicago-based law firm of Michael C. Kim & Associates, who has served as president, secretary and treasurer for a condo association. “For a HOA, there may also be a subdivision ordinance adopted by the local municipality.”

When new buildings are being constructed, including many of Chicago’s high-rises, developers will often begin drafting the declaration of bylaws two or three years prior to the first unit sale, explains Attorney Howard S. Dakoff, a partner at the law firm of Levenfeld Pearlstein, LLC in Chicago. “During that period there may be some minor changes, but developers will try and throw everything into the document then delete what is not necessary.”

While the time frame may vary from project to project, a developer’s attorney, accountant and managing agent contribute to the drafting of applicable documents. If it is a conversion project, and engineer is also involved in the process, notes Kim.

“The purchaser of a conversion condominium is to receive a specific statement of the amount of any initial or any special assessment fee due, the actual expenditures made by the developer on all repairs, maintenance, operation of the building or buildings within the last two years,” says Kim. “And the proposed budget broken down on a per-unit basis, a description of the provisions made in the budget for capital expenditures and an explanation of the basis for such reserves.”

Developers or 'declarants' of condominiums with six units or more—comprising the majority of related properties in the Chicagoland region—are legally required to have an engineer report as well. “This report outlines the present condition of all structural components and major utility installations in the condominium, which statement shall include the approximate dates of construction, installation, major repairs and the expected useful life of such items, together with the estimated cost—in current dollars—of replacing such items,” says Bloomberg.

The reason these documents are so critical to the process is that developers cannot legally sell the first unit until there is a recorded condominium declaration. What separates greater Chicagoland from say, New York is that a formal certificate of occupancy is not required.

“There is no such document [here],” says Dakoff. “The certificate of occupancy as it is used here in Illinois, and specifically the City of Chicago is for when the developer goes to sell the first units; they need an inspection form the city to verify certain building components are complete. The developer will request a piece of paper that is a temporary certificate of occupancy for a specific unit, because usually the building is not finished. It’s not a [formal] document. They do have to submit plans and specifications and have a city inspector physically inspect the unit.”

While a rare occurrence, a certificate of occupancy, and/or documents drafted to obtain one, can have errors that could slow the development process. In some cases, it is human error and in other instances it could be a function of changing laws or simply being outdated.

“A declaration may contain errors, such as typos or contain provisions inconsistent with applicable law,” says Attorney Dawn Moody, a principal at the Naperville-based law firm of Keough & Moody, P.C. “Documents may become outdated as time passes due to the adoption of new laws by the legislature. If an association’s declaration is more than 10 years old, especially for common interest community associations, it is likely that it is outdated and not in compliance with Illinois law.”

In other cases, there are 'errors' that can benefit the developer, or serve as a restriction for unit owners. For example, Moody explains that many declarations restrict the installation of satellite dishes. The FCC Over the Air Devices Rule, however, permits the installation of satellite dishes in any area over which the owner has exclusive use or control. “These provisions are placed in governing documents as a deterrent,” says Moody. “If an owner reads the governing documents and is unaware of the FCC rule, he or she may believe that satellite dishes are prohibited and won’t install one.”

In the cases where the certificate of occupancy is issued in error - such as there was not an appropriate inspection done in connection with the issuance of that certificate - Kim explains that these documents do not necessarily become outdated, obsolete or non-reflective of the community.

“If a partial certificate is issued, then typically a final certificate would need to be ultimately issued,” says Kim. “As for other documents, such as the declaration, changing preferences of the community or developments in law may render some portions either obsolete, inconsistent or even illegal.”

Dakoff says errors in these documents are “very rare,” with most documents being a “copy and paste job” by developers. Once the board takes majority control from the developer, changes to governing documents are rare due to related legal expenses. “For example, associations generally don’t spend the time and money to correct a minor mistake unless it has serious adverse consequences. “I can think of one example where a developers drafting error was offensively monumental.”

Given that we live in a litigious society, there are cases where errors or mistakes in declarations and related documents call for legal action. And while Dakoff said that most minor mistakes or errors can be too costly to fix (and conversely be interpreted to a logical conclusion), there are situations where action is warranted.

“Incomplete or incorrect foundational documents may create problems when the association/board of directors attempts to actually manage the property,” says Kim. “If an issue is overlooked, for example who is responsible to maintain what property that may lead to disputes over responsibility. If a particular issue is not properly addressed, again that may lead to disputes, and even expensive litigation.”

Kim adds that if the amendment provision of the declaration is incomplete or incorrect, it may significantly impair the association’s ability to amend that document as the community changes and desires such amendments.

“In one instance, I had to track down the attorney for a defunct developer in order to correct the amendment procedures provision,” says Kim. “In another instance, I had to track down a retired employee of a title company to assist in a lawsuit to ultimately vest title to the common areas in the association, since the original deed was apparently lost. In yet another instance, I was involved in litigation between groups of associations as to responsibility for a drainage system serving all of them.”

There exists a gray area for boards when ascertaining if there are potential legal ramifications relating to incomplete or incorrect foundational documents. And while Moody says that Illinois law will generally prevail over any conflicting terms in the association’s governing documents, often board members are unaware that a problem with the document exists. As a result, boards will act in strict compliance with its governing documents, while simultaneously acting improperly due to certain terms no longer being valid.

“As an example, a governing document may not provide an owner with any right to inspect association documents, while the Illinois Condominium Property Act clearly provides such a right and penalties for noncompliance,” says Moody. “Therefore, a board may deny a request based upon its documents and find itself on the hook for attorney’s fees for not providing those documents as required under Illinois law.”

If a board deems it necessary to amend the documents, it then becomes a matter of politics, as the a two-thirds vote is required to make any changes. This is often a tough sell to unit owners, who aren't usually keen to pay for the legal fees, unless the error is egregious.

“If the board explains to the owners that the documents were insufficient and relay the attorney’s advice to clean it up, they will need a majority vote,” says Dakoff. “They will keep trying until they get the votes. But if a document is so poorly drafted or ambiguous most owners will want to clean it up.”

For boards and managers, it is recommended to get a legal “checkup” often to ensure that respective documents are accounted for, as well as complete and accurate. “Associations should meet with their legal counsel every now and then to ensure that their governing documents, including rules and regulations, are up to date with applicable law,” says Moody. “It helps guarantee that board members are acting as required under the applicable law and not unexpectedly opening the association up to liability.”