Do not show again [X]
By Lisa Iannucci   2012 November Management 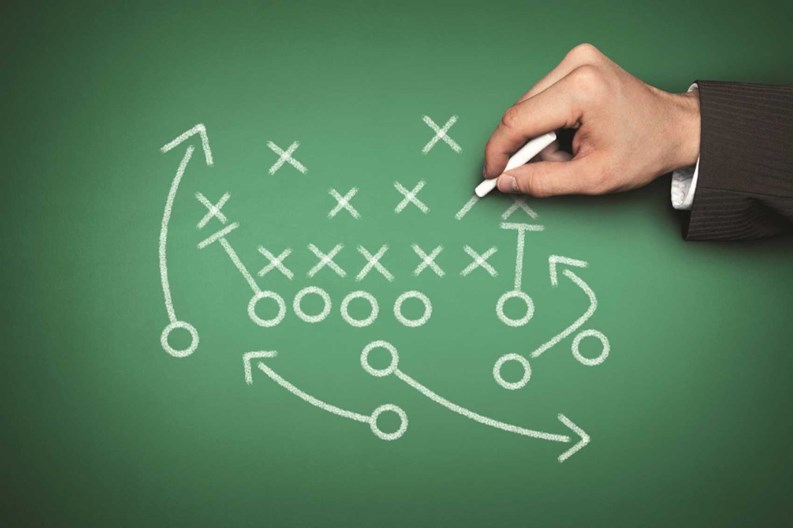 Sooner or later, every co-op or condo owner will have to deal with the  inconvenience of living through a major capital improvement project—a roof replacement, an elevator rehab, serious exterior work, or something of  that nature. No matter how carefully the project is scheduled, inevitably it  will be disturbing someone. But with strategic planning and constant  communication among board members, residents, management and the project crew,  the hassle of the project can be significantly reduced.

Recently at one of the buildings managed by Chicago-based SGJ Management, the  rooftop membrane was being completely redone, while in another building, a  basement ruined from a water backup for several years because of cemented  drains is now having new drains installed.

“The rooftop project isn’t too disruptive to the residents—they just can’t use the deck, but in the summer people really do want to be up there,” says Sarah Gullette-Johnson, the management company’s chief executive officer and president. “The basement is a bigger project that forces us to turn off the water for the  entire day and that can be pretty disruptive.”

Even capital improvement projects that seem simple can become a hassle when the  resident’s lives are upended. “For example, if you’re painting common areas, there might be a week where the residents have to use  a different staircase and avoid the workers,” says Gullette-Johnson.

The noise, dust, disruption and general hassle of any such undertaking is  sometimes simply unavoidable. “Even fixing elevators can be a major disruption,” says Michael Daniels, CEO of the Cagan Management Group in Skokie. “For example, redoing parking lots is always a problem because residents are very  protective of their parking spots—in Chicago they’re at a premium.”

The impact can be reduced if building administrators prepare both themselves and  their residents adequately for an upcoming project. Gullette-Johnson says that  her building’s projects have been in the works for a while, but she still made sure to keep  the residents in the loop from the very beginning so they were prepared. The  more you’re planning the projects out and notifying the residents the easier it will be.

“For example, if you’re redoing the basement or the balconies, prepare the unit owners in advance, so  they have time to get a storage unit for their stuff,” says Gullette-Johnson. “When it comes closer to the time of the project, the company manager should post  notices and send email notifications reminding the residents that this is  coming up, so they need to take these steps,” she says. “Nobody wants to hear at the last minute that they are going to have to store  that patio furniture or those grills.”

Think Before You Act

When his building’s 190-space parking lot was being repaired, Daniels says that he held a town  hall meeting to let the residents know about this inconvenience. “We let them know how they can get alternate parking in a congested area,” he says. “We sent out emails and posted fliers. Only 40 people showed up to the town  meeting, but we made sure to have it so we knew that we tried to notify people.”

John Hershey, president of J. Hershey Architects in Libertyville, says that the  time of year may also play a factor in scheduling projects. “For example, we’re replacing the roof of a few four-story multiunit buildings,” he explains. “Portions of the roofs are flat and the air-conditioning units are on them, but  to redo it, the contractor needs to disconnect the units. With the temperatures  we’ve had here of 100 plus degrees, that’s inconvenient. We had multiple discussions with all parties and determined that  in an ideal scenario the air conditioning units would only be disconnected for  three days. We needed to pick a time when it would have the least negative  impact on the residents.”

Spring or fall might sound logical, but with the cooler temperatures come more  rain. “We’re concerned about rain getting into the building, so all of these things get  talked through and we make an informed decision with everyone’s input,” he says.

It was determined that the roof would be replaced in the summer under the  condition that if the weather forecast went over 100 degrees three days in a  row, the contractor wouldn’t disconnect the air conditions. “The timing of the projects would be delayed, but the residents won’t be endangered by the heat,” he says.

But even under the best of circumstances, preparing residents, including rental  tenants, as much as possible, doesn’t mean that the project will go off without a hitch and without complaints. No  matter the project, there’s always a chance something can go awry. Water lines can break, roofs can leak,  the project can take twice as long when something is uncovered and you may find  that your formerly calm residents are now suddenly irritated. To make sure that this doesn’t happen, it’s important to make sure all your t’s are crossed and your I’s are dotted before the project even begins.

“We encourage our board to allow us to facilitate having that contract reviewed,” says Gullette-Johnson. “It can be loosely worded and if don’t have a rock solid contract, it can be a problem.” If there’s a problem once the job starts, it’s important to handle it quickly. For example, a project that included opening a  wall leads to a water leak or the discovery of a broken pipe.

“Establish the chain of command early on,” says Hershey. “During construction any problems would be reported to the contractor, who might  contact the architect of record who designed the repairs. The firm would notify  the property manager of what’s going on who would then communicate it to the association board. They’ll direct us on how to proceed and what options they have.”

Unfortunately, sweet Mrs. Branch in 3B had been notified of the upcoming work  and the fact that the water was going to be shut off temporarily each day. She’s been okay with the interruptions, but now with the problems that have come up  shutting the water off for yet another day because of the discovery while she’s home from work has been testing her patience. She’s quick to get on the phone and complain to anyone who will listen.

“You have to be willing to sit on the phone while they vent and complain,” says Gullette-Johnson. “Don’t interrupt, don’t argue. Let them say what they want to say. When they are done, tell them that  you appreciate that they brought this to your attention and it can be  frustrating and unfortunate, but it has to be done to improve the property. It  doesn’t negate the fact that it’s inconvenient, but the end result is to have a better or healthier building  that will cause less problems for you in the future.”

Preparing for any potential problems that might arise is almost just as  important as planning for the project itself. “You want to ask any questions that might come up before they are asked,” says Daniels. “I’ll wonder how it’s going to affect the residents. For example, if the lobby is going to be  cleaned, how long will it take, who will it affect and how will they get out of  the building? You have to think about any special actions they are going to  take.”

For example on water projects, Daniels recommends choosing a time that is the  least impactful, depending on the project.” Shutting off the water to a laundry room might take place overnight, unless it’s going to cost the building twice as much to have the contractor here  overnight,” says Daniels. “It’s hard to pick a time that’s good for everyone. If you choose to do a project during the day because most  people are off at work, but then you’ll have the stay-at-home mom with three kids, or the elderly resident whose home  health aide needs to bathe them at that time.”

How projects are schedule may also depend on whether or not affect the residents  in a life-threatening way. “For example, if a parking lot opens a day later, it’s not a big deal, but if the plumbing doesn’t come on at five or it’s off all night, that can be a problem,” says Daniels.

The bottom line is that no matter how much you plan and how much you notify your  residents, “You’re always disturbing someone,” says Daniels.

Good communication with your tenants is key but some problems can leave even  more experienced property manager baffled. Turn to higher-ups in the company  first. They may have experienced the same problem or may have another property  manager who has gone through something similar and can offer first-hand advice  or experience. If the project causes any legal glitches, get advice from an  attorney.

If you are a member of any trade organization, such as IREM, these organizations  have resources, including back issues of their publication articles, which are  available to members on their websites. There might be a particular problem  with capital improvement projects that someone has either experienced or can  help you with. These organizations also offer online services to make your job  easier.