Do not show again [X]
By Lisa Iannucci   2012 October Management 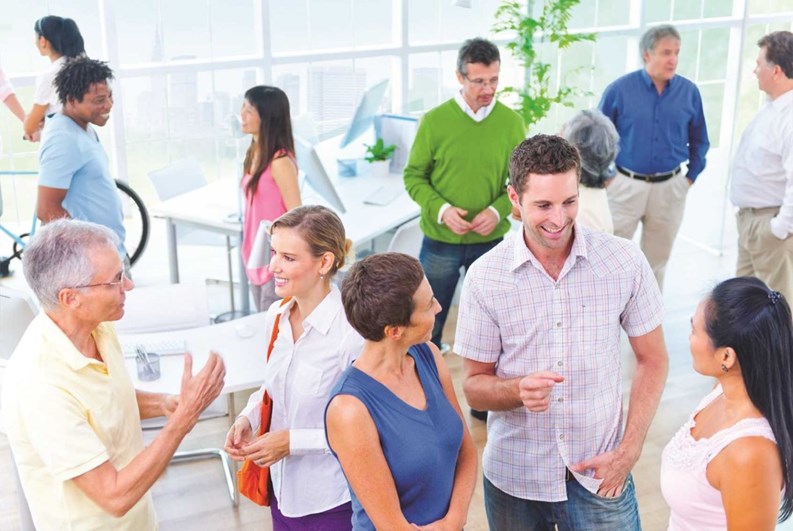 One of the most rewarding aspects of living in an urban area is the opportunity  for people from a broad array of ethnic and sociological backgrounds to get to  know each other as neighbors. That doesn't mean that managing a building or  association that’s home to different people from different backgrounds doesn't sometimes pose  distinct challenges, however. Sensitivity, good humor, and good communication  are key to navigating these challenges and celebrating the diversity of  residents and neighbors.

For some managers, economic status seems to be the biggest hotbed of potential  conflict between residents. “Residents with larger budgets obviously have different concerns, desires and  needs,” says Scott Seger, president of the Forth Group, a management company in  Chicago. “This becomes very evident in properties that have a number of typical units and  then a few penthouse units that are many times the cost/assessments of the  other units.”

Usually, the disparity doesn't translate directly into conflict however. “Most people who buy into high-end units with less costly neighboring units are  typically not creating issues for the majority,” says Seger.

But sometimes that's not the case, according to Keith Hales, president of Hales  Property Management in Chicago. High-rolling owners with an over-inflated sense  of entitlement may find themselves butting heads with more modestly-funded  neighbors who are more accustomed to figuring things out on their own.

“Some wealthy owners are used to a higher level of service,” he says. “However, the association may not budget enough money to address those elevated  expectation levels, which usually translates into a direct issue for the  property manager.”

Hale cites as an example a wealthy unit owner who moved into a largely  middle-class building and wanted to know why the 20-unit condo didn't retain an  on-site handyman. “We politely conveyed that the association simply didn’t have enough funds to cover that cost,” says Hale.

Michael Rutkowski, president of First Properties LLC, another Chicago property  manager, says that in some properties younger owners who only plan on living in  their condominium for two or three years may tend to want to defer maintenance  and underfund reserves because they won’t be around when the roof needs to be replaced.

“Long-term residents understand the need to plan for these future repairs,” he says.

Seger agrees that short term renters may not prioritize the best interest of the  property. “This is also sometimes the case for owners who started out with good intentions  of being a long term resident, and fall into financial trouble,” says Seger.

Similar to managers, boards find themselves having to balance the conflicting  needs of some homeowners. “For example, in one association there seems to be an annual battle over whether  the common areas should be used by families with children as play areas, or if  they should be off-limits,” says Rutkowski. “Children are actually a hot button for many residents—because with children come noise and toys. Neighbors don’t like hearing kids playing outside at 7 a.m. on a Saturday morning, and we  often get complaints regarding the unsightliness of children’s play sets in front yards.

“We also see differing agendas develop by groups, for example pet owners vs.  non-pet owners and investor owners vs. resident owners, and finding common  ground can be a challenge,” says Rutkowski.

Most managers said that conflicts between residents aren’t typically related to different cultures, but it can sometimes happen. “They arise mainly from noise and pet problems,” says Hales. “However, we dealt with an incident where a couple cooked Indian food for dinner  nearly every night. The spice fragrance traveled throughout the hallway and  stairwell of the condo association. I contacted the couple directly and very  politely conveyed the issue and offered contacts for someone to check out their  kitchen stove exhaust system. They did find that it was not working properly  and once it was repaired, it was no longer an issue.”

At holiday time, the cultural differences of your residents may come up more  often. Many buildings are decorated in Christmas décor, but what about your Jewish residents or your Muslim population? What to do  in this type of situation? It should be discussed with your tenants and board  early enough for a decision to be made on what decorations will be used.

“Everybody has to be treated equally,” says Marcia Caruso, president of Caruso Management Group in Naperville. “We are lucky that we don’t get much of that at all, but there is no difference. If a resident wants to  put up Christmas decorations and another wants Hanukkah decorations, they both  go up. I’m adamant about that.”

America is a melting pot of languages and ethnicities and, as a result, a  multi-family building in a metropolis like Chicago is bound to include a United  Nations-worthy list of residents who speak a language other than English.  Language and cultural barriers can be some of a manager’s biggest obstacles. You might find yourself talking to a Chinese couple who  just moved to the community and barely speak English, or you might be a  property manager in a predominately Hispanic community, where Spanish is spoken  more often than English. A language barrier among residents and between the  residents and the board and management company can pose a challenge to both  communication and community cohesion.

The first step to breaking down language barriers is to evaluate your building  or community and look for solutions. For example, if your residents are  predominantly Spanish-speaking, it might be a good idea to offer important  documents in both English and Spanish. If one of your tenants if fluent in  Japanese, but speaks little English, have the documents translated into  Japanese for your tenant’s safety.

“More times than not, it is more of a knowledge barrier of not understanding what  a condominium is exactly, or its rules or laws,” says Hales. “The best way to handle this is to slow down, listen and understand what people  want or need and get them the information they need or someone that can assist  them.”

For example, Hales looked at a minor water leak coming into a condo owner’s bathroom. “We saw that the unit owner upstairs had a failing caulk joint between the tile  and tub and advised him to re-caulk this joint,” says Hales. “He asked where he could find some caulk and we gave him the address of a local  hardware store. The next day he called us and asked, ‘Okay, I have the caulk, now what?’ and I asked him if he had a caulk gun. He promptly replied, ‘Well, you didn’t tell me I needed that.’ We advised him to contact a handyman to help him with this task.”

Occasionally you may have to deal with a comment from one tenant about another  that is racially or culturally offensive. Such remarks only serve to create  tension between residents. Your job is to defuse the situation, evaluate what  happened, and come up with a solution that works for both sides. Unfortunately,  not everything you do is going to work. Although residents are entitled to  their own opinions, one owner simply cannot cause problems for or become  verbally abusive to another.

“Managers need skills to understand each point of view but also convey that even  though there are differences everyone needs to come to an understanding and  make sacrifices to live together at the end of the day,” says Hales. “As managers, we continue to convey that they are living in a community  association environment. Some people are morning people and thus get up early  and start moving around, while others don’t go to bed until after midnight. This can sometime lead to interruptions in  sleep schedules and/or noise disturbances.”

Seger reminds managers that no matter the difficulties, it’s important to maintain professionalism and uphold rules, declarations and laws  without taking things personally. “This has to be done in a respectful way, equally applying policy,” he says. “Managers and management companies are a little like police; laws and norms are  created by the society or group and the manager is just enforcing what everyone  has previously agreed is the best for all owners.”