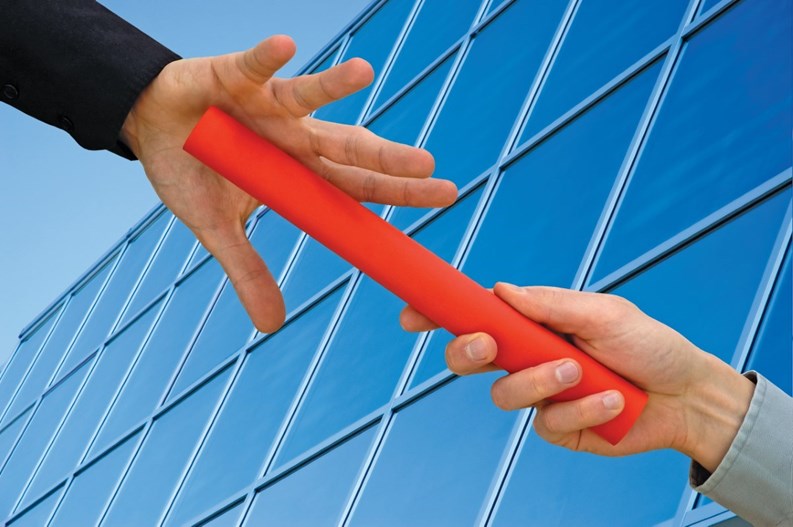 So the votes are counted, and the new board members are officially chosen. Now what?

Many people join their co-op or condo board because they hope to jump right in and make major changes to their building or association. Lowering assessments, repairing balconies, suing unlawful residents and fixing up the lobby are common quick fixes that most Chicagoland board members plan to tackle as soon as they are given the opportunity.

Aspirations aside however, many new volunteer board members have no idea what to expect from the job—and when they do have an idea, their expectations may be completely different than reality.

New on the Job

Shortly after Cindy LeDonne bought her Illinois condo, she decided to run for the board president position, the better to fix the building’s finances and replace the garage roof. Since taking on the presidency however, she’s been bombarded with many different building issues that she never anticipated—and it's often tough to know exactly how to proceed.

For example, one of the owners in the building smokes, and the smell of the cigarettes constantly drifts into the adjacent unit. The condo's bylaws don’t allow for offensive odors to enter another unit or common area, and the smoker claims to have purchased an air filter, but the neighbor says there’s been no improvement. Now, LeDonne says she has to figure out the board’s next step.

“We got an estimate for putting some expanding foam in the areas where there are pipes coming in through the common wall between the units,” she says. “Because the smoker is on a fixed income, one board member said he feels the association should help pay for this. I still have to check into it, but my gut tells me the smoker is responsible for the odor, and thus for any costs to eliminate it from the adjoining unit.”

Knowing Your Own Rules

Like LeDonne, many other board newbies may be surprised that they can’t simply walk into the meeting on their first day on the board with a checklist of changes—and plan to start checking things off their list.

“One of the most common misconceptions is that the board can do anything that it wants to do,” says Gene Molloy, CMCA, a property manager with Summit Management Specialists in Vernon Hills, IL, and former board president of seven years in Illinois, “but there’s a process that’s spelled out in your bylaws.”

The declaration/bylaws are different for each association because they’re created by the developer of the property. Any new homeowner that buys into an association property agrees to abide by what is in the governing documents, such as the declaration, bylaws and rules and regulations. In addition, the board may adopt rules and regulations that provide further direction for the residents.

After new board members read and study the documents, Molloy suggests they read the Illinois Condominium Property Act, which will further explain the legalities of running a condo.

“Many volunteer board members are thrown into being on the board, and they do not understand the accurate protocols associated with community association management,” says Shirley Feldmann, founder and president of Association Advocates Inc., a Chicago-based property management consulting firm specializing in board and self-management training. “This leads to decreased efficiency and increased legal risk.”

The risk won’t just be toward your building—you could be putting your wallet at risk as well. If the board doesn’t follow the applicable federal, state and local laws, then the building’s insurance policy may not cover their actions, and could hold the board members themselves liable, Feldmann says. “Not only could this create legal risk for the board members, but it also may negatively impact the property values for all owners in the association. Boards do not get to make this stuff up and may not even be aware of what they don’t know.” Boards must also remember that they have a legal process to follow to amend bylaws/declarations, which require a certain percentage of owner approval, she says.

Reading the bylaws and rules and regulations is the first, most important step for new board members, and even for new residents. Once the new board members have educated themselves by reading these governing documents, there are some other ways for them to get acclimated quickly to their new role.

Molloy also suggests that all board members—new and veteran—get in touch with the Community Associations Institute of Illinois—or at least check out their website (www.cai-illinois.org). The Illinois chapter of CAI educates and provides resources for community associations throughout Chicago. They also have events, such as the free homeowners forum, the legal forum and the building a strong community association forum to help you network and learn from other board members and building managers.

During that meeting, master keys should be exchanged, and any signatures on bank accounts must be reviewed and changed at the transition.

New board members should understand where they can find the past minutes for all the meetings within the past few years.

To learn more about the building’s issues, new board members should also speak with residents to learn about the needs of the people who will be depending on you during your term.

Fortunately, the managers are there to help.

“It is to the benefit of all property managers to ensure that their boards understand their roles, and how to work the most efficiently with management,” Feldmann says. Many of the management companies include board training which is provided annually to new boards. In fact, the board should make sure that the manager’s contract includes details about the necessary board training so that this becomes mandatory instead of optional.

“Managers should educate, educate, educate,” says Molloy, who says he tries to always treat new board members kindly and gently move them in the right direction. “Managers need to understand that these are volunteer people who have stepped into a job that they probably aren’t familiar with,” he says.

Beyond simply educating the new board members, many buildings are making innovative moves to help the newbies as much as possible.

Some buildings are implementing an amendment to their declaration or bylaws to establish staggered terms so that all the new people don’t start at the same time. Others are putting together manuals with bullet points to help new members have an easy-to-read document to help them understand the building’s biggest issues.

Molloy’s management company hands out a booklet to all new board members called, So Now You're On the Board. The booklet explains the basics to the new board members, with sections called, “How do Associations Work?” and “What is Fiduciary Duty?”

It also includes an example of a typical board structure, which looks like a family tree—so everyone understands their new roles and duties.

Tips for creating a budget help even the new members understand exactly how to figure out the building’s monetary needs. “Make sure you have the best available figures you can get for the next fiscal year,” the manual advises. “A flat 2-4 percent increase per year will not just make the grade. Scavenger services and elevator maintenance services for instance, have union contracts that may have a much higher yearly increase.”

The manual also includes common mistakes that boards make, such as the executive session. Boards may only have a closed meeting—also called executive session—if the meeting is called to cover personnel issues, land acquisitions or sale, or pending litigation. “If, when considering an executive session, there is doubt as to its legality, contact your community manager or association attorney for guidance,” the manual says.

While a manual isn’t necessary, it will help the new people get up to speed as quickly as possible.

Many relatively small boards are also hiring management companies to help them run the building and lead the new members. “I am getting estimates for management companies,” LeDonne says. “I already know [the board] will not want to pay what will likely cost us around $500 per month, but I insist on running things legally and with the interests of all homeowners as a priority—even the uninterested ones.”

It’s important for the new board members to learn everything they need to know quickly.

“Board members must remember that they are managing the equivalent of a multi-million dollar corporation in most cases,” Feldmann says. “Running their association like a business with a proper budget and following all legal and best practice industry standards is the duty of the board.”

Danielle Braff is a freelance writer living in Chicago.