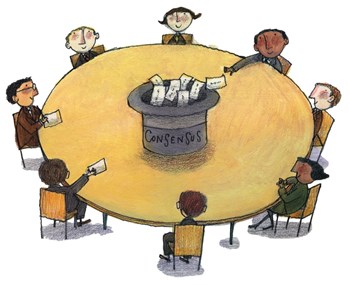 Say the term “board president,” and most people envision a highly-paid position with great—if not absolute—authority and influence over a large company or foundation.

While that may be the case in some arenas, the role of the board president in a condo association or building is somewhat different. True, there's great responsibility and a significant time commitment, but when it comes to the residential setting, board presidency is a volunteer-based position that, while rewarding on many levels, can often feel a bit thankless.

Board presidents in homeowners associations (HOAs) or cooperative or condo buildings are generally unpaid, and serve one- or two-year terms, or a term limit determined by the association's bylaws. Community residents elect board members, but positions such as president and treasurer are appointed after the board as a whole has been selected.

According to Allan Kalman of Kalman Management in Libertyville, “The neighborhood or building association elects a board of directors. Those board members then select a president from among themselves—usually by vote of majority, but it depends on [the HOA's] bylaws.”

Kalman goes on to say that the board president does not necessarily hold specific authority over the rest of the board; rather, his or her primary function is to preside over meetings, keeping the proceedings on-track in accordance with the bylaws and agenda. Board presidents also act as a primary liaison between the board and the property manager. “It depends on the association, but usually they’re the go-between,” he says.

Gene Molloy, CMCA, a property manager with Summit Management Specialists in Vernon Hills, IL, says that the role of property manager is important for helping the board handle the requests of residents in the community. “Board members usually have many homeowners in their community, so they can’t be talking to everyone at once.”

“Sometimes, it’s very difficult,” he says. “Board members are volunteers, and they live in the communities that they serve, so you have to draw the line of communication somewhere.”

Andrea Walsh of Advanced Property Specialists Inc. in Tinley Park is both a board president and a property manager, and says that while attending to community residents’ property issues on a given day is the bulk of her job as a manager, problems brought up to her as a president have a time and a place—something residents don't always realize or acknowledge.

“If I’m taking a walk around community and [a resident] says, ‘Can you come look at a crack in the garage?' that’s one thing,” she says. “But if I'm at a barbecue and someone keeps complaining to me, that’s something else. It just depends on the setting.”

Molloy says he has tried to bridge the gap between residents and their board by creating a customer service department. “What I try to do is have every property management company have this department so that residents can bring their troubles there,” he says. “If things are not solved there, residents can approach their board as a last resort.”

Kalman says that depending on the requirements of a given HOA's bylaws, an association or building board usually has monthly, bimonthly or quarterly meetings to conduct business. Usually these meetings are closed to non-board residents, but again, this policy can vary with each association.

“We always recommend that boards have an open period of discussion,” says Kalman. “The relationship between the homeowners and the board is paramount.”

Walsh agrees. “At the very least there is a public comment section at the end of the board meeting’s agenda,” she says.

Having a good board/management relationship is particularly important if—as is usually the case—the board members have regular jobs that occupy most of their day, says Walsh. If board members are primarily retired, they are more likely to be around the neighborhood or building and encounter neighbors who may draw their attention to problems. A board made up mostly of working professionals makes a solid relationship with management all the more critical.

Although board presidents may not have direct authority over the board as a whole, this also protects them from being any more legally liable than the average board member.

“The whole board is equally liable because the president can’t make a decision arbitrarily,” says Molloy. “Most boards are covered by board of directors’ insurance, so there’s really not much personal liability” as long as the president and his or her fellow board members act in good faith.

Legal issues can arise in a homeowner’s association any time, of course—often as a consequence of homeowners feeling that their board or manager hasn't responded to their complaints or hasn't communicated adequately.

“Homeowners who think they haven’t been satisfied or think that their concerns have gone unanswered by the board commonly file suit against a board of directors,” says Molloy.

Whenever this occurs, says Walsh, a properly run board with the leadership of a good president would never proceed with legal issues without involving their attorney. “There’s no grey area,” she says. “Legal issues are really black and white.”

Molloy recommends that board presidents, regular board members, and property managers make use of the Community Associations Institute (CAI) as a resource to educate themselves about their own roles, responsibilities, and for tips on how the day-to-day administration of their HOA can be run more smoothly. The CAI addresses business and networking needs of community associations, says Molloy. The organization provides an array of resources, including workshops, books, seminars and periodicals for its members. The Illinois Chapter of CAI has over 1,100 members, which includes over 500 community association board members.

Also available is the Institute of Real Estate Management (IREM), which provides resources for multifamily and commercial real estate sectors. It contains 80 U.S. chapters as well as 13 international chapters. IREM has a set of credentialed membership programs for various positions to ensure that its members are ethically-sound. These designations include the Certified Property Manager (CPM), the Accredited Residential Manager (ARM), the Accredited Commercial Manager (ACM) and the Accredited Management Organization (AMO), according to the organization’s website.

Although the role of board president may seem to be quite an arduous task, it can also be a position that is very rewarding. Walsh says that she became involved as a board president to learn more about how her community functioned. “Everybody should take an interest in their board sometime while they’re living in a community so that they know how it really runs,” she says.

Walsh adds that there are a number of common misconceptions regarding the motives for running for a board position. “Many people think [the board] is there to address minor problems, such as neighbors making too much noise,” she says. “But the board is there for the business end of the association—things like contracts, payroll and maintenance of staff.”

Walsh says that she lives in a community with many retired residents who have elected not to continue their board participation because they have lived in the community for over 30 years, in some cases. However, she says that there is a “close sense of community” that she strives to maintain.

“I just have to keep in mind that they’ve been there a lot longer and I’m there to help keep their place running smoothly,” she says.

Rosie Powers is a freelance writer living in Chicago.