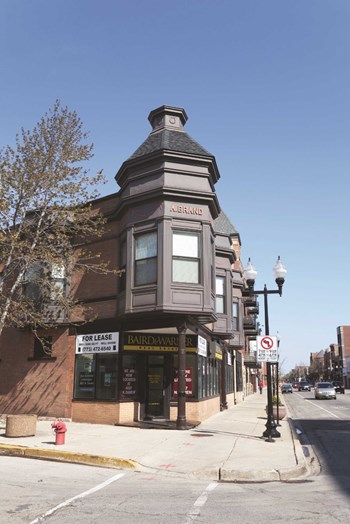 While having goods and services like retail stores, banks and dry cleaners on-site can be convenient and viewed as a positive by condo unit owners and neighbors, not every commercial tenant is a good fit for every condo community or HOA. Leasing space to the right businesses—and really understanding the nature of the association/commercial tenant relationship—is key to a successful, mutually beneficial arrangement between the two.

For boards and managers, the biggest issue is often misunderstanding the nature of the relationship between the business owner and the association.

“If the commercial unit is actually a deeded unit, the board has very little control other than enforcing the governing documents,” says Attorney Matthew Goldberg, who is with the Chicago-based law firm of Bancroft, Richman & Goldberg, LLC. “Major issues raised or caused by the tenant need to be addressed through the unit ownership. The board has to understand, in this type of relationship, they are not the landlord.”

Conversely, when the commercial unit is a common element owned by the association, the association is the landlord. For less experienced board members, this distinction can be a little confusing—particularly the ways in which the nature of a commercial tenancy is different from a residential tenancy.

“The board is obligated to make sure that any lease they enter into complies with the requirements of the community's governing documents before signing the lease,” says Goldberg. “Once the lease is signed, any incongruities may be considered a waiver of the requirement - and a breach of fiduciary duty by the board.”

After a board fully understands its relationship to the commercial space in question, one of the next questions is what type of business will be the best fit. In many cases, five year leases or longer are executed. Therefore if the board does have control over the space, it's incumbent upon them to not only consider the needs of unit owners, but of neighbors as well.

While attorney Brian Meltzer of the law firm of Meltzer, Purtill & Stelle, LLC, with offices in Chicago and Schaumburg, doesn't necessarily feel that there's such a thing as an 'ideal' commercial tenant, he says that in his experience there are some proprietors that make more sense than others when considering what type of business to lease to. “Uses that don’t generate traffic, noise or smells are preferable, like psychologists, doctors or consultant offices,” he says. Those deemed less attractive are restaurants and bars.

Boards and managers usually look to the perceived benefits that a commercial tenant might offer, which normally has a fiscal implication. “The benefit is to share costs or get the commercial user to pay a disproportionate share of costs, Meltzer says adding: “The drawbacks are potential conflicts with commercial user, especially if the space is a unit.”

If the commercial portion of the property in question has not been subjected to the provisions of the Illinois Condominium Property Act, then the business space can be “carved-out,” which is how Meltzer normally handles these contractual agreements.

“When we set contracts up, we generally suggest that the commercial uses be carved out of the condo and a cross easement and cost sharing agreement be entered into between the condo association and the commercial space owner,” he says.

As a result of many developers opting for the creation of dual regimes, the way in which a cooperative or condominium’s governing documents are drafted can vary greatly, especially if it is an older building opposed to new construction.

“Sometimes the commercial spaces are common elements and are governed under the declaration by the board of directors. Sometimes they are deeded spaces with voting rights like any other condominium unit and it is the owner who controls the space, subject to compliance with the declaration,” says Goldberg. “Sometimes they are not part of the condominium portion of the building as if you stacked one building on top of another like building blocks and there is an entirely separate governing document for that situation usually referred to an operating agreement.”

Whether the commercial space is governed by the board or by the developer, municipal and state laws, such as zoning regulations, insurance requirements and environmental regulations, supersede any condominium or cooperative governing documents. And since Chicagoland has fewer cooperatives than other markets, Rudolf specifically commented on the region’s condominium industry.

If the association is operating as single regime, then it becomes important to consult with attorneys to ensure the contractual lease agreement clearly stipulates the requirements of the business tenant.

“Every situation is different, but you would want the lease to be sufficiently clear on issues related to payment of rent, insurance coverage,” says Goldberg. “And that in the event of litigation, the tenant is responsible for the attorney’s fees of the association should it be necessary for the Association to enforce either the lease or the governing documents.”

All board members, developers and managers agree on one thing: the importance liability protection. To this end, whether a commercial space is introduced as a dual regime or the association operates as one regime insurance requirements are a serious issue.

“If the property is carved out, there is not much difference when it comes to insurance,” says Meltzer. “If the unit is in the condo, the association needs to get fire and hazard insurance on all units and common elements and usually the documents provide for a special allocation of insurance premium costs to the commercial use that may not be same.”

However, when it comes to insurance, there can be gray areas. For example, if a condominium is operating as a separate regime than the business entity but shares common space like a lobby, additional oversight could be required.

“Boards must contact their insurance agent or broker they have the proper insurance whether it is property or liability in place,” says Rudolf. “If there is a concern that a commercial owner is putting in a higher risk tenant, they should again consult with their agent to want kind of insurance they can or should demand of that business owner before the tenant moves in.”

Whether it is a single or dual regime, often times building managers will serve as mediators between the business owner and the board, explained Goldberg. “The manager acts as the point of contact for issues that concern the association—whether the commercial property is an owned unit or a common element,” Goldberg continues. “The biggest difference is who you deal with. If it is an owned unit, you may deal with the owner rather than the tenant and the governing documents would direct the relationship. If the space is a common element, the manager would act as the agent for the landlord and directly deal with tenant related issues, but the lease signed by the board would control.”

In many cases, mediation will work. For example, there might be an issue with a doctor’s office not properly taking care of garbage and recyclables or a business is playing music at high volumes. These are usually considered easy fixes, but other not so easy issues can lead to lawsuits.

“My law partner is an attorney for a restaurant that just opened in a high-rise building. The restaurant has a wood burning grill and they received a cease-and-desist order from that association noting that there are problems with the ventilation from the grill. They stated that they were going to immediately file a lawsuit against the business unless it shut down the grill,” says Rudolf.

In the event that it is a single regime and the association finds fault with the business owner/operator, they have legal recourse to remedy the situation. “The association can send a notice of violation and can start fining the owner. The board has a lot of power to force that business owner to comply,” says Rudolf. “If it is a separate regime, again you have to look at the governing documents to see what the remedies are for the residential association versus the commercial association.”

While common sense can provide a certain level of guidance to a board charged with deciding on what type of business should occupy the space and for how long, there are often unseen pitfalls.

“The board should contact its legal counsel to make sure they are meeting their obligations while not overstepping their bounds. Some common errors may include not meeting insurance requirements, not putting the issue up for unit owner vote when required, not complying with time constraints in the governing documents,” said Goldberg. “There are so many pitfalls that the board needs to understand its upper and lower boundaries and fully comply with them.”

The biggest mistake Meltzer says he sees on a regular basis is the developer calling the shots with experienced lawyers crafting agreements in the developers’ favor. “How it is set up depends on whether the space will be retained by the developer or not and whether it will be carved out or a unit or units,” he says.

And once the deal is signed, less a costly lawsuit, there is little an association can do if they are operating as a dual regime. Rudolf says that issues surround dual regimes come up often in his practice and said boards should be cautious.

“I represent a residential association with a commercial condominium on the first floor, which has a theater—the Annoyance Theatre, which is a famous improv group in Chicago,” says Rudolf. “It was there from the inception of the condo and there has been one owner over the years that has been frustrated by the noise of the theatre, but because it is a different association the board can’t step in—they are stuck referring to the reciprocal easement agreement.”

Having a commercial tenant can be a draw for any association—but the tenant must be a good fit, and the board must understand both the nature of its arrangement with the tenant and its responsibility to the community to make sure the relationship remains smooth and mutually beneficial. 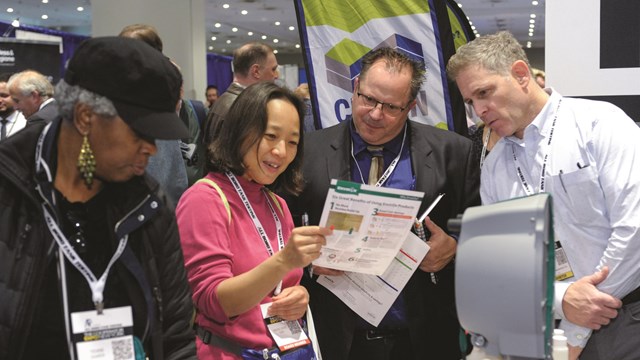